Secrets of Getting Free Coverage in Your Local Area


Buying a full-page ad in your local newspaper would cost more than most resume writing businesses could afford. However, if you got your local newspaper to cover you for free, that's exactly what you might get: an entire page (or at least a portion of a page!) dedicated to you.

Here's how to leverage the power of the press to get massive free publicity in your local area.

For example, instead of trying to get an article in the Careers section, you might try to get a story in the "Money" or "Business" section. (Plus, you'd be attracting the attention of readers who aren't necessarily looking for a new job right at the moment.) Or how about trying to get a story in the "Living" section about a client who made a career transition in order to spend more time with his kids?

Each newspaper uses a different name for their various sections. Look through the various local papers and pick the sections you want to try to get stories in. 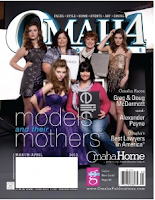 Do a Google search of your city + magazine and see if you can find publications that are city-oriented in your area.

Reaching Out to Journalists
Remember that newspaper editors need to fill pages. Find the editor or journalist who's responsible for the specific section you're targeting. Try to pick people who've written about similar stories in the past. Then, send them an email pitching your story. Wait about 24 hours, then contact them by phone to follow up. Add them to your news release distribution list.

You might not land the story your very first try. Keep coming up with interesting angles and soon enough you'll get your first mention in the newspapers. Publicity begets publicity -- the more you're quoted, the more you'll be asked to be a part of future stories.


For more information on how to get free coverage for your careers industry business -- including sample news releases, dozens of story ideas to pitch, and more -- check out the Feed the Media Special Report (available to Bronze Level members during the month of September on BeAResumeWriter.com).