Have You Ever Been to a Resume Writing Conference?

As we approach the end of the year, it’s time to start thinking about 2020 careers industry conferences!

I keep referencing this post from August 2011, “When Is the Omaha Conference?”, because it’s where I started tracking my conference attendance.

But since it’s 2019, it’s time to update the conference locations and my attendance!

Here’s the breakdown of where the national resume writing organizations have had their conferences in recent years. (I’ve bolded the ones I attended.)

(Thank you to Laura DeCarlo for help assembling the conference titles and locations!) I was never able to make a CDI conference (they were often in October and conflicted with my UNO Hockey obsession).

PARW/CC held conferences from 1999-2004 but then discontinued conferences in 2004. The organization held a conference from April 28-May 1, 2019 in St. Pete Beach but it’s unclear as to whether there will be a 2020 conference. 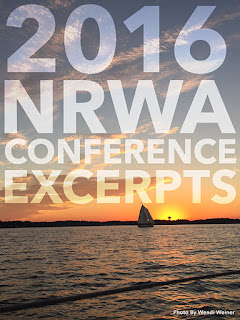 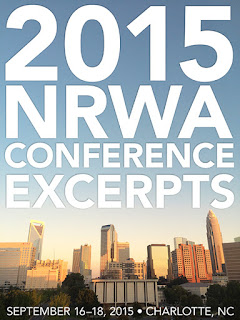 In compiling the results of the Industry Conference survey conducted by Resume Writers' Digest, Wendy Enelow was selected as the top vote-getter when survey respondents were asked, "Are there any speakers in particular that would draw you to a conference?"

Not surprisingly, resume writing/writing topics was the top reason respondents choose to attend a conference.

If you like Wendy -- and want to improve your resume writing expertise -- be sure to subscribe to receive the Resume Writers' Digest newsletter (see the top right-hand corner of this blog for the sign-up form). Wendy contributed a fabulous article for the May/June 2008 issue on how to "dig deep" to capture client accomplishments.

That issue will be released the first week of June; be sure you're subscribed (and have completed the double opt-in process -- you must click on the e-mail you receive from Vertical Response) in order to receive the newsletter.

The tips and techniques are as relevant today as they were back then -- and all the articles have been formatted for easy reading. It includes dozens of photos and handouts.

If you'd like to see a preview of what's in the special report, download this 12-page issue of the newsletter that I call the "Best Of" Conference Preview, sponsored by the National Resume Writers' Association and Career Directors International.

Order the special report now and you'll have access to the PDF immediately! The cost is just $20 and you can purchase using Paypal (you do NOT need a PayPal account -- you can use PayPal to securely use your Visa, Mastercard, Discover, or American Express credit card, or electronic debit from your checking account.)

Or use this link:
www.tinyurl.com/2so87a

Yes, I know it's Friday. But I got my days mixed up because my hockey team played yesterday (Thursday) instead of today (Friday). So I sent out my new "Thursday survey" on professional association conferences today.

I sent an e-mail to all active subscribers today with the link to the survey. If you have NOT yet signed up to receive your free subscription to Resume Writers' Digest, use the form in the upper right hand corner of the blog.

Already, I've received more responses to this survey than I did for the Subcontractor Survey (although that survey will remain open until March 31, so if you haven't taken the survey yet, do it!)

I will report the results on the blog.
No comments: