The Résumé Writers’ Digest Annual Industry Survey is an opportunity for résumé writers to benchmark their progress compared to their peers. The survey was first conducted in 2001.

The 2012 Résumé Writers’ Digest Annual Industry Survey was conducted from February 2013 into March 2013 and the results were first reported in September 2013. One hundred seventy-eight résumé writers contributed to the survey data. They spent an average of 10 minutes answering 20 questions in the survey.

The information in this blog post was excerpted from the "Profile of Professional Resume Writers: Who We Are, What We Charge, How We Work" report published in September 2014, outlining the results of the 2012 survey. 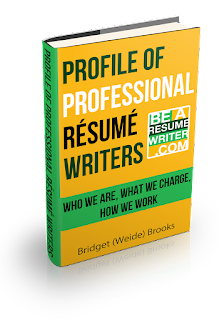 The pricing data reflects the “veteran” nature of survey respondents. Generally, résumé writers who have been in business the longest charge the most. (Those who don’t charge enough to support themselves in their résumé writing business generally leave the industry.)

Services
The survey revealed that participants write an average of three résumés a week — the same as in 2011. Writer reported spending an average of 24 hours a week on résumé development (including client consultations, research, writing, and finalization).

The busiest month, according to the survey, is January, followed by February and September.

Note: No survey was compiled in 2013. The 2014 report details the results of the 2012 Resume Writers' Digest Annual Industry Survey. The survey is a voluntary report from participating resume writers and is not considered statistically valid.