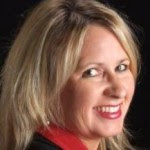 Resume writer Jacqui Barrett-Poindexter, owner of Career Trend, will be interviewed on Meet LeadChange today (Aug. 12, 2010). The show will air at 3 p.m. EST. Use this link to listen live or to a replay at your convenience.

Here are some excerpts from today's chat between Jacqui and Mike Henry, Sr.: